A special edition of Ecologie & Politique has warned that the eugenicists behind test-tube babies and surrogate motherhood now have their sights on genetic engineering and artificial wombs which would cut women out of the reproductive process.

Previously we published an article about EctoLife’s artificial womb. Its developer and promoter, Hashem Al-Ghaili believes the EctoLife concept could one day supplant traditional birth.  It will “reinvent evolution” as it would allow “parents” to select only viable and “genetically superior embryos” and “genetically engineer the[ir] embryo before implanting it into the artificial womb.”

We raised questions about what happens to the babies that are grown in the laboratory and then “parents” decide they don’t want.  And there are several other moral and ethical questions that arise such as whether babies will be manufactured purely to be used in experiments or for other nefarious purposes.

The authors of the articles in Ecologie & Politique explore, among others, the detrimental social and transhumanist aspects of a world without mothers.

By Sikh For Truth; Editor of Truth Talk UK & regular contributor to The Exposé

Would any of us want to live in a world without mothers?  The question may sound absurd, but the eugenicists behind test-tube babies and surrogate motherhood now have their sights on genetic engineering and artificial wombs which would cut women out of the reproductive process.  This is the warning sounded in a powerful special edition of the French journal Ecologie & Politique, which has sparked some controversy.

In their introductory article, entitled ‘The obsolescence of birth’, Mathias Lefèvre and Jacques Luzi write:

The creation of an artificial womb would confirm the disassociation, initiated by in vitro fertilisation, between the female body and human reproduction.

It would no longer be a case of ‘giving birth to the other’ or ‘bringing them into the world’, but of ‘producing a child’ – if possible, without defects.

They trace the origins of the current threat to a “reductionist, mechanical and utilitarian representation of nature” which incited an “essentially totalitarian global programme”.  This involved the construction of “a new, artificial world, judged to be better than the previous one, in the pursuit of order, enrichment and power. We call this programme ‘industrialism’.”

An important contribution to the journal comes from Silvia Guerini of the Italian group Resistenze al nanomondo, who is one of the founders of FINAARGIT, the international feminist network against all artificial reproduction, gender ideology and transhumanism.

In her article entitled ‘A world without mothers?’ she argues that while the current justification for the technology is on medical grounds, helping people who cannot have babies naturally, the long-term goal for the industry is no doubt to make artificial reproduction the norm.

As Luzi explains, the various branches of biotechnology “are the means by which techno-capitalism can push back the limits of its development by turning life itself into an infinitely-exploitable raw material.  The biomedical grip on human reproduction is part of the general process of the commodification of life”.

Industrialist greed monsters cannot stand the thought that there are things we can do ourselves, for free, without them being able to extract any profit.  It would be in their financial self-interest if everyone was obliged to shop at their baby supermarkets, either because for some reason we were sterile or because it was simply no longer the “done thing” to indulge in dangerously unscientific and unhygienic natural reproduction.

Eugenics, so dear to 20th-century totalitarians, is central to the artificial reproduction programme. Guerini writes:

Remember that there can be no Medically Assisted Procreation (MAP) without the selection of spermatozoa and of embryos… When techno scientists get involved in the process of procreation, they want to set the characteristics of each of these elements, choose them, modify them and determine the end result.

The laboratory environment transforms the birth process into a technical operation: the embryo becomes a product to be selected, improved, rejected or transformed.

The grotesque direction in which this could take us is indicated by recent American-Chinese-Spanish experiments involving the fusion of genes to create half-human half-monkey embryos, she says.

Every phase of techno-industrial “progress” needs its cheerleaders and today these often seem associated with the “woke” left.  Guerini explains that there have long been some feminists, notably Shulasmith Firestone, who acclaim artificial reproduction as “liberating” women from “biological tyranny.”  And she predicts that artificial wombs will be demanded, like MAP, as a “right” for everyone, including “transgender” people.  These are “false rights,” says Guerini, and need to be exposed as such.

Guerini notes that “the interests and the demands of the LGBTQ+ movement and of transfeminism on the subject of reproduction converge with those of the techno-scientific and transhumanist system.”  Here, incidentally, she is echoed by Renaud Garcia, whose own contribution to the journal describes such “woke” pseudo-radicals as “agents of social acceptability” for a techno-system “directed by the caste of possession, power and knowledge.”  Guerini warns:

MAP, selecting embryos, experimenting on embryos, genetic modification and artificial wombs are all deeply-connected aspects of the same transhumanist project.

Techno-scientific progress is constantly accelerating and ethical barriers are tumbling one after the other, bringing us closer to a new neutral and infinitely-modifiable species in a post-human and post-natural world.

Garcia, for his part, argues that authentic environmentalists need to “denounce with all their strength the forces of artificial human reproduction and criticise its agents of social acceptability.”  Otherwise, if they swallow all the manipulative propaganda, they will be unable to do anything to halt the advance of the ruthless techno-industrial system – “in other words, the crushing of human nature by the power of the machine.”

As stated before we are dealing with Phoenician descendants – merchant navy. Every time you see Phoenix symbol or name like in the book cover above you know who is behind it. Also purple colour as in Tyrian Purple aka Phoenician red. Their usual numbers are 1, 8, 18 and 33 among others, but these are the most prominent. When you see any of this you should know they are signaling each other that it is their project they command. 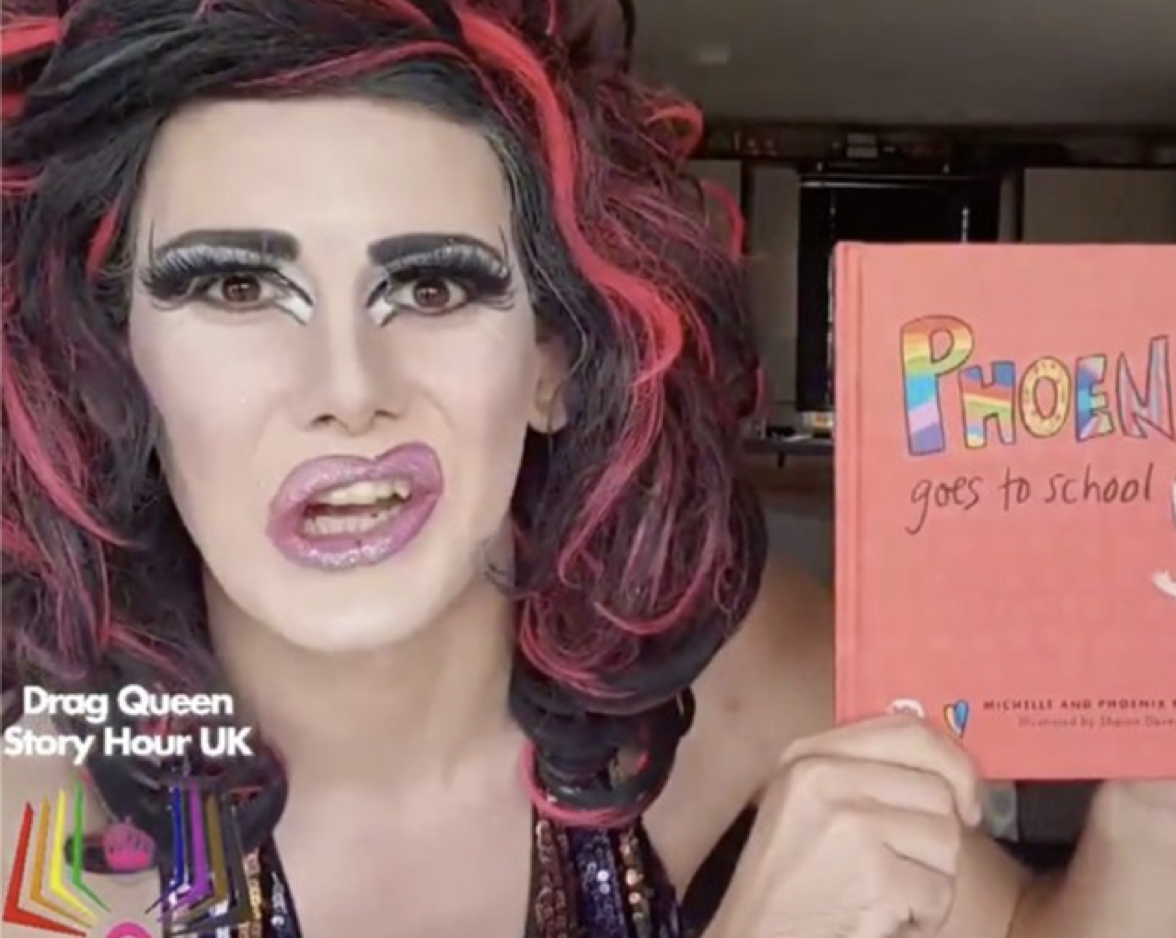 BTW, Eagle symbol as in the USA and pretty much everywhere else pretends to be Eagle but it is in fact Phoenix rising from ashes. You can see it on Coat of Arms, Passports etc. Their other symbol is Lion as in four lions in Trafalgar Square, London, British Passports and so on. 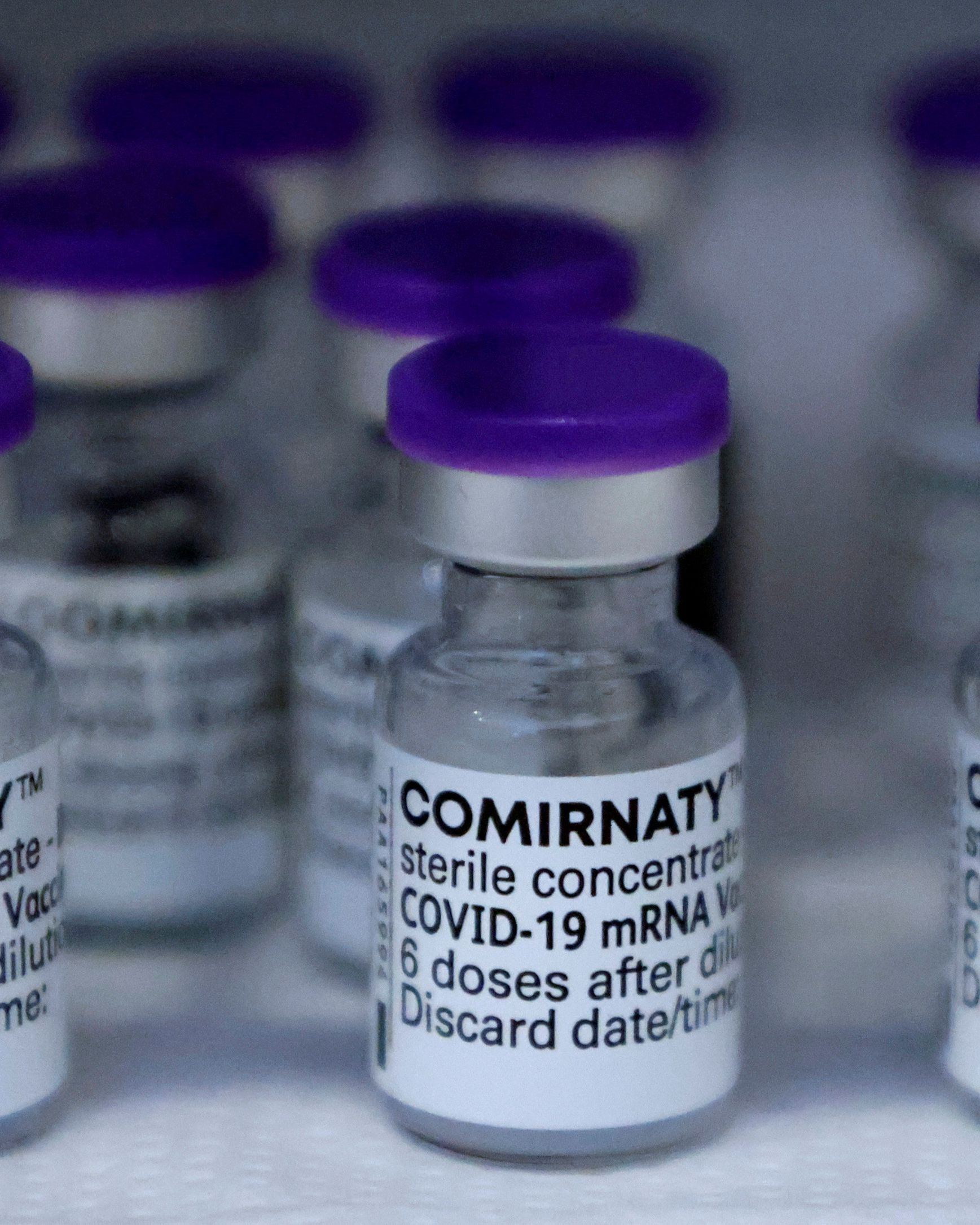 This is the colour you can see on Icke’s Right Now or whatever is the show name nowadays. Also the light in the studio and walls are similarly purple. But there are not too many colours, so probably coincidence.

Thanks for the info. Good to know.
Critical comments tend to disappear again, no problem, but can mean a bit of confusion.
Phoenixes are also often used in Chinese dramas, any connection or simply co-incidence?

No coincidences. Phoenicians control the entire world including China.

With reference to “Critical comments,” do you have more than one user name you use to comment on this site or is it a comment/s you posted using the name COPHunter that have “disappeared”?

Just by-the-by, everyone who has cheered for in vitro programmes over the last few decades ought to have realised that this would not end well.

I have written in the past about White Hats fighting in the tunnels all over the world.
I have used the smoking lawn at the White House as an example of what happens when a tunnel is blown.
Not wanting to really say what was in the tunnels as it was too horrific.
If the Elite are not too worried about killing millions with the clot shot, what else have they been up to?
It has been written that upright cylinders were found in some recent tunnels before they were blown and flooded.

Do you really believe this? Sorry! Any proof?

Hi COPHunter,
Only photographic proof, mainly on Before it’s News and Rumor Mill News.
There are video’s of the smoking lawn in front of the White House.
For such an important building , why is it fenced off ?
Also why is Buckingham Palace seemingly empty.
Why is Air Force One, and Two and Three, only used by Trump ?
If you could have a think about what I say.

In the USA a documentary called PLANDEMIC, which exposes COVID-19 as a criminal operation, is supported by over 27,000 medical doctors!

Derek Johnson Decodes It All! Biggest White Hat Operations In History! – Must Video

One of the things I find that is totally wrong is health professionals will say this is probably the disease you just add like a common cold, which just happened to one of my friends is not blaming the injection whatsoever.

But I find they are totally wrong when you have a problem with the body. The immune system suffers when you add injections one, two, or three. The immune system takes a right pounding and it does not look after the body properly. That means then you can die of most diseases

People do not understand. The immune system. It needs to work powerfully in our bodies to kill germs at all times

JUST 2 DAYS REMAIN TO SAVE THE EXPOSE - SO LET'S CUT THE BULLSH*T & GET TO THE POINT -WE WILL BE FORCED TO DOWN TOOLS & SHUT DOWN UNLESS WE ARE FULLY FUNDED WITHIN THE NEXT WEEK - Sadly, less than 0.1% of readers currently support us. But YOU can easily change that. Imagine the impact we'd make if 9 in 10 readers supported us today. To start with we’d remove this annoying banner as we could fight for a full year...

Without full funding within the next day or two, we will be
forced to down tools and cease all of its future investigations.

We’re out of ideas and can see no point in carrying on if we cannot even garner enough support from the millions who read The Expose in hundreds of countries across every habitable continent on Earth every single month.