German Federal Minister of Health Karl Lauterbach granted the Chinese Sinovac vaccine an import permit and as from 7 December 2022, Sinovac was permitted to be administered in Germany – but only to Chinese nationals.

There had previously been concerns about Sinovac’s safety. However, according to Lauterbach, these have now been cleared up after the Paul Ehrlich Institute evaluated them – but only for Chinese nationals.

In case you thought vaccination had anything to do with health, Spiegel ran THIS bizarre and hilarious story a few days ago:

Health Minister Karl Lauterbach … has granted the Chinese Sinovac vaccine an import licence. “With this approval, we want to ensure that Chinese citizens are also protected by their own vaccine here,” Lauterbach told Spiegel.

The vaccine may be imported to the Federal Republic of Germany …. and administered exclusively to citizens of China. The basis for this decision is an assessment by the Paul Ehrlich Institute (PEI) …

There had previously been concerns about the safety of Sinovac. These have now been dispelled following a PEI assessment, Lauterbach said, adding that there is now sufficient data on the vaccine …

…. No approval for Germans is planned.

Why not? If it’s safe and effective for the Chinese, why can’t Germans have it too?

… The introduction of Sinovac is a concession to Chinese citizens in Germany. Lauterbach wants to give them more protection against Corona: “I can well imagine that [Chinese] have a particular trust for the vaccine.”

Emphasis mine of course, because it’s just amazing that the alleged pharmaceutical preferences of Chinese foreign nationals residing in Germany are enough to bend the arm of the state, which spent a good part of the last two years caring not at all about the vigorously asserted pharmaceutical preferences of actual Germans. The Federal Republic actively coerced untold millions into accepting vaccination with products they distrusted.

The answer to this little riddle comes at the very end:

Behind the release is a possible deal to … supply the BioNTech vaccine to China: Chancellor Olaf Scholz agreed to closer cooperation with the People’s Republic in the fight against the pandemic during his trip to the country, and he advocated for the BioNTech vaccine to be administered to German and European nationals in China.

The German government, in other words, is trying to open the door to one of the last untapped markets for mRNA vaccines in the world, namely European expats in mainland China. A prerequisite is granting a reciprocal import license to Sinovac, a vaccine that had been risky and unstudied before, but that suddenly became safe as soon as this deal was on the horizon. It’s great that our whole Ministry of Health is so deeply devoted to helping private pharmaceutical companies scrape up every last penny of profit.

In April 2022 it was reported that a Singapore study found recipients of Sinovac were are nearly five times more likely to experience severe symptoms from Covid than those who received Pfizer injections.  As our readers will know, we have been reporting for many months about Covid injections increasing the risk of illness and death.  And the Sinovac vaccine carries five times the risk than those countries that inject populations with Pfizer? But this is not the only concern that has been raised.

In March 2022, Times Now reported that, in what came as a huge embarrassment for President Xi Jinping, a document from China’s National Health (“NHC”) Commission revealed that the Chinese Covid-19 vaccines cause leukaemia.

The NHC had alerted the authorities about people complaining of having leukaemia after being injected with Covid vaccines. The affected families had been sharing their experience of suffering from leukaemia after inoculation with vaccines against coronavirus on WeChat, the NHC document reportedly said.

The NHC document further indicated that as people had complained about leukaemia cases following the inoculation of coronavirus vaccines, “the CCP has officially started taking action to suppress people’s voices.”

A major cause of worry is that the Chinese vaccines are also exported to several countries in vast quantities.

The World Health Organisation (“WHO”) validated the Sinopharm vaccine, in May 2021, and Sinovac-CoronaVac vaccine, in June 2021,  for emergency use. Both were developed by Chinese pharmaceutical companies.

A BBC report in October 2021 stated that China was a leading exporter of vaccines – both via commercial partnerships and donations. The data analytics company, Airfinity, estimated that as of 8 October China had exported commercially 1.1 billion doses of its vaccines to 123 countries.  Of these, around 110 million had been purchased by COVAX to provide vaccines to lower-income countries. COVAX is a consortium operated by GAVI, the Coalition for Epidemic Preparedness Innovations (“CEPI”) and United Nations Children’s Fund (“UNICEF”).

Six months later the number of doses that had been exported had increased by a billion.  China.org stated in May 2022 that China had provided more than 2.2 billion doses of Covid vaccines to over 120 countries. Additionally, China.org stated, “China has taken an active part in COVAX and ACT-A under the World Health Organisation framework, China has so far donated 100 million US dollars to COVAX for the distribution of vaccines to developing countries.”

Working closely with WHO; the Bill & Melinda Gates Foundation, GAVI, The Wellcome Trust and CEPI played a central role in creating the Access to Covid-19 Tools Accelerator (“ACT-A”).

WHO, GAVI, CEPI and The Wellcome Trust are four of the key organisations in a close tight-knit group that form the Covid criminal network which has the Bill & Melinda Gates Foundation at its centre.

Where would we all be if the “vaccines” had been effective? In a dystopian nightmare.
Vaccines have likely been the primary cause of illnesses for over a century
Over 100 Experts demand Investigation of data suppressed by British Heart Foundation proving COVID Injections damage the Heart
UK GOV. is trying to railroad the Public into a Digital ID System
Follow Daily Expose on Telegram

Same graphene and nanotech were found in the Chinese one, too.
Which differs – in my opinion – the MAC addresses. On a UK plane you see MACs starting with 4-5-6 (someone wrote in a comment that that’s Pfizer’s) or 7 (Moderna’s) or rarely 1 (Jahnsen). It’s probably true if you think about the vaxxes were given in the UK most often. (And the mix and match, AZ vax then Pfizer’s)

But in European countries I saw different, some starts with a letter, F, C but still unknown manufacturer, unknown device, can’t be paired – came from people. They might want to keep track differently on their people.
As about leukemia (aggressive) there were reports at the beginning from the US and if I recall well from the UK, too when they started to vax the ppl, I don’t think that that is ‘just’ a Chinese vax thing.

Who is behind the Covid 19 Vaccines.
https://i.imgur.com/nCXyaiD.mp4 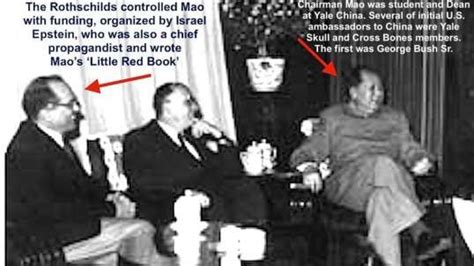 Chinese students were vax exempt in the US. Probably this is why.
More than this, Chinese can have their own police in many countries! Think about that, how that is possible, who our politicians could give permission to that?
UK, US, Germany, Hungary and many more.

Globalists are trying to inoculate as many people as possible so that their great reset aka depopulation 2030 plan work. If science can’t be questioned it’s not science anymore. It’s propaganda. They want to rip on people for taking Ivermectin. I researched and saw the evidence on the internet. Research papers are on the internet for those who wants to see. Top respected world doctors are being under defamation by MSM and vaccine manufacturers. I won’t back down recommeding IVM. You can get yours by visiting https://ivmpharmacy.com

TODAY IS THE FINAL DAY TO SAVE THE EXPOSE - SO LET'S CUT THE BULLSH*T & GET TO THE POINT -WE WILL BE FORCED TO DOWN TOOLS & SHUT DOWN UNLESS WE ARE FULLY FUNDED BY THE END OF TODAY - Sadly, less than 0.1% of readers currently support us. But YOU can easily change that. Imagine the impact we'd make if 9 in 10 readers supported us today. To start with we’d remove this annoying banner as we could fight for a full year...


IF THE EXPOSE ISN’T FULLY FUNDED
TODAY WE WILL BE FORCED TO
DOWN TOOLS & SHUTDOWN…
Due to an attempt to silence us for good,
we’re now 100% of the way through
January but only 92% for February

SO PLEASE HELP US WIN THIS FIGHT
BY SUPPORTING US TODAY…

Without full funding by the end of today, we will be forced
to down tools and cease all of our future investigations.

We’re out of luck, time & ideas & can see no point in carrying on
if we cannot even garner enough VOLUNTARY support from the
MILLIONS who read The Expose in the HUNDREDS of Countries
across EVERY habitable Continent on Earth, every single month.

Perhaps we should contact your Government and
instead agree to publish their Propaganda in
return for your hard-earned money? (Your Taxes)

Support the search for the Truth