Davos 2023: Referring to The Great Reset is out but censorship, hypocrisy and god complexes are still in

The globalist “elites” and their private jets have arrived in Davos, Switzerland, for yet another World Economic Forum (“WEF”) week of fine dining and billionaire back-slapping in luxurious surroundings – with a few meetings thrown in for good measure. And so that the “elites” want for nothing, prostitutes have gathered in Davos as the demand for sexual services skyrockets.

All this after the deliberate destruction over the past few years of small to mid-sized businesses and the elimination of the middle class – a critical and core component of the covid fraud. Small and mid-sized businesses grow, create middle-class jobs, and provide future competition for the WEF elites and their mega-corporations. This has long been unacceptable to the global elites and so those businesses were closed and destroyed during covid while the elitist’s businesses like Amazon, Google, Walmart, and others thrived.

The “elites” have also drawn scorn for their hypocrisy urging for a reduction in air travel to “save the planet.”

According to a Greenpeace study released on Friday, over a thousand private jets delivered dignitaries to last year’s summit in the plush Swiss holiday resort, and the sheer volume of flights generated four times the carbon dioxide emissions such aircraft would produce in an average week.

Greenpeace accused attendees of “ecological hypocrisy” questioning why WEF claims to be committed to the global goal of keeping warming below 1.5 degrees Celsius when the emissions generated by all private jets flying into and out of Davos airports last year were equivalent to the emissions produced by approximately 350,000 average cars for a week.

In another instance of hypocrisy which some of the Davos crowd are sure to be guilty of, the wealthy have been seeking out unvaccinated pilots to fly their private jets.  During a July 2022 interview, Alan Dana told Maria Zeee that Josh Yoder, head of the US Freedom Flyers, was “getting calls [ ] from wealthy businessmen and companies to fly their executives around on business jets with unvaccinated crew.”

In what the WEF calls the “Year of the Polycrisis,” Klaus Schwab declared that “economic, environmental, social, and geopolitical crises are converging and conflating, creating an extremely versatile and uncertain future.”

“We are all stuck in a crisis mindset,” he warned.

WEF might be stuck in a “crisis mindset” but we’re not.  For those who realise that it is their network that has and is manufacturing the “crisis mindset,” the only crisis we see is one of Globalist “elites” trying to impose their destructive and self-serving plans onto 8 billion people in the world.

Out of this world god complex

Read more: The WEF and WHO – Are They Running a Death Cult? Global Research, 10 January 2023

In May 2022, Schwab launched the ‘Global Collaboration Village’ “to harness the power of the metaverse.”  According to Schwab, the metaverse will influence the way, people, governments, companies and society at large think, work, interact and communicate to collectively address issues on the global agenda. Who’s global agenda?

The 2023 agenda is a departure from the 2021 WEF summit – the theme of which was “The Great Reset,” a term that has since fallen out of favour with its authors, The Epoch Times wrote.

Davos 2023 agenda includes doubling down on the transition to renewable energy, the codification of environmental, social, and governance (“ESG”) standards to make compliance more measurable, “social and green jobs for building inclusive and sustainable economies,” and “diversity equity and inclusion [DEI] lighthouses,” and a Global Risks Report.

“How do we build the inclusive, sustainable, and resilient growth?” asked Saadia Zahidi, WEF’s Managing Director. “A group of leaders from the public and private sector will be coming together to address exactly that question, designing a framework, and starting to align around that new agenda.”

This “group of leaders” has a god complex as exemplified by Climate Change Cult leader John Kerry.  On Tuesday, during a Davos 2023 session titled ‘Philanthropy: A Catalyst for Protecting Our Planet’, Kerry said “[that] we, a select group of human, beings” can come together to talk about saving the planet is “almost extra-terrestrial.”

Zahidi added that attendees will also be setting policy regarding the “human capital agenda.”  Humans are not “capital” and we should strongly object to self-appointed elites using language or having ideologies that reduce us to one of their resources that they measure in terms of money.

Globalists who speak in the name of the world have already pulled a fast one on us by appropriating a name that suggests that private organisations, such as the “World” Economic Forum and “World” Health Organisation, speak for the world.

Both WEF and WHO operate by inventing threats and controlling their explanations, such as human-caused global warming and pandemics, the solution to which is the centralisation of power, and erosion of national sovereignty and accountability to the people.

WEF could “restore trust” by behaving in a trustworthy manner and rightfully earning it.  Instead, WEF behaves badly and then, it seems, hopes to restore an appearance of trust by tackling what they perceive as “misinformation and disinformation.”

In the build-up to Davos 2023, WEF released its ‘Global Risks Report‘.  The report has the expected alarmism, fear-mongering, hysterical narratives and predictions of chaos and collapse, wrote Critical Sway.  The authors even managed to link climate change to terrorism:

Climate change will also increasingly become a key migration driver and there are indications that it has already contributed to the emergence of terrorist groups and conflicts in Asia, the Middle East and Africa.

The risks associated with “misinformation and disinformation” are likely to increase with “more widespread usage of automation and machine-learning technologies,” the report states.  The risk, as WEF views it, is that:

“Misinformation and disinformation” are, together, a potential accelerant to the erosion of social cohesion as well as a consequence. With the potential to destabilise trust in information …

This leads us back to terrorism.  A graphic in WEF’s report shows how “misinformation and disinformation” lead to State collapse and terrorism.

At Davos 2023 on Tuesday, a panel discussed ‘The Clear and Present Danger of Disinformation’, presented by former CNN host Brian Stelter. Clear and present danger? Reason, who unfortunately is misguided and agrees that online misinformation about “vaccines” has caused harm, noted:

Stelter and his panellists did elucidate several pressing dangers with respect to rampant disinformation on social media; quite inadvertently, they also highlighted the inherent drawbacks of adopting a permanent war-footing approach to stopping disinformation.

Davos Elites Warn That Disinformation Is an Existential Threat to Their Influence, Reason, 18 January 2023

The European Union Commissioner for Values and Transparency, Věra Jourová, was one of the panellists. She made a bold prediction. Speaking about “illegal hate speech” regulations used in Europe, Jourová added as a side note, that this is something “which you will have soon, also in the US.”

According to Reason, the most alarmist speaker was A.G. Sulzberger, publisher of The New York Times, who was pessimistic that disinformation could be grappled with unless social media platforms engage in more restriction of disfavoured content:

“At some point, given the central role of the platforms in disseminating bad information, I think they’re going to have to do an unpopular and brave thing, which is to differentiate and elevate trustworthy sources of information consistently. Until they do, we have to assume that those environments are poisoned.”

This is quite a popular view at Davos.

What isn’t a popular view at Davos is raising taxes. Last Friday, the Club of Rome and its allies released a letter calling on the leaders at Davos to “tax wealth, income, companies and windfall profits” to counter the climate emergency.  But the Club of Rome has been given the cold shoulder and sidelined at Davos this year.

In what could perhaps be a coincidence, some 300 activists labelled “anti-WEF protestors,” a day ahead of the opening of WEF’s annual meeting, took to the streets of Davos demanding climate justice.  Their slogan: “Tax the Rich, save the Climate.”

Demonstrators from the Swiss Socialist Youth (“JUSO”) and the association Strike WEF gathered in Davos to demand a climate tax on the super-rich attending the WEF annual meeting. They were joined by activists from Greenpeace.

Nicola Siegrist, president of JUSO, said that the revenues from the climate tax should be used to support a social climate policy. “The rich must pay, because they are the ones who benefit most from the system that caused the climate crisis,” said Siegrist. 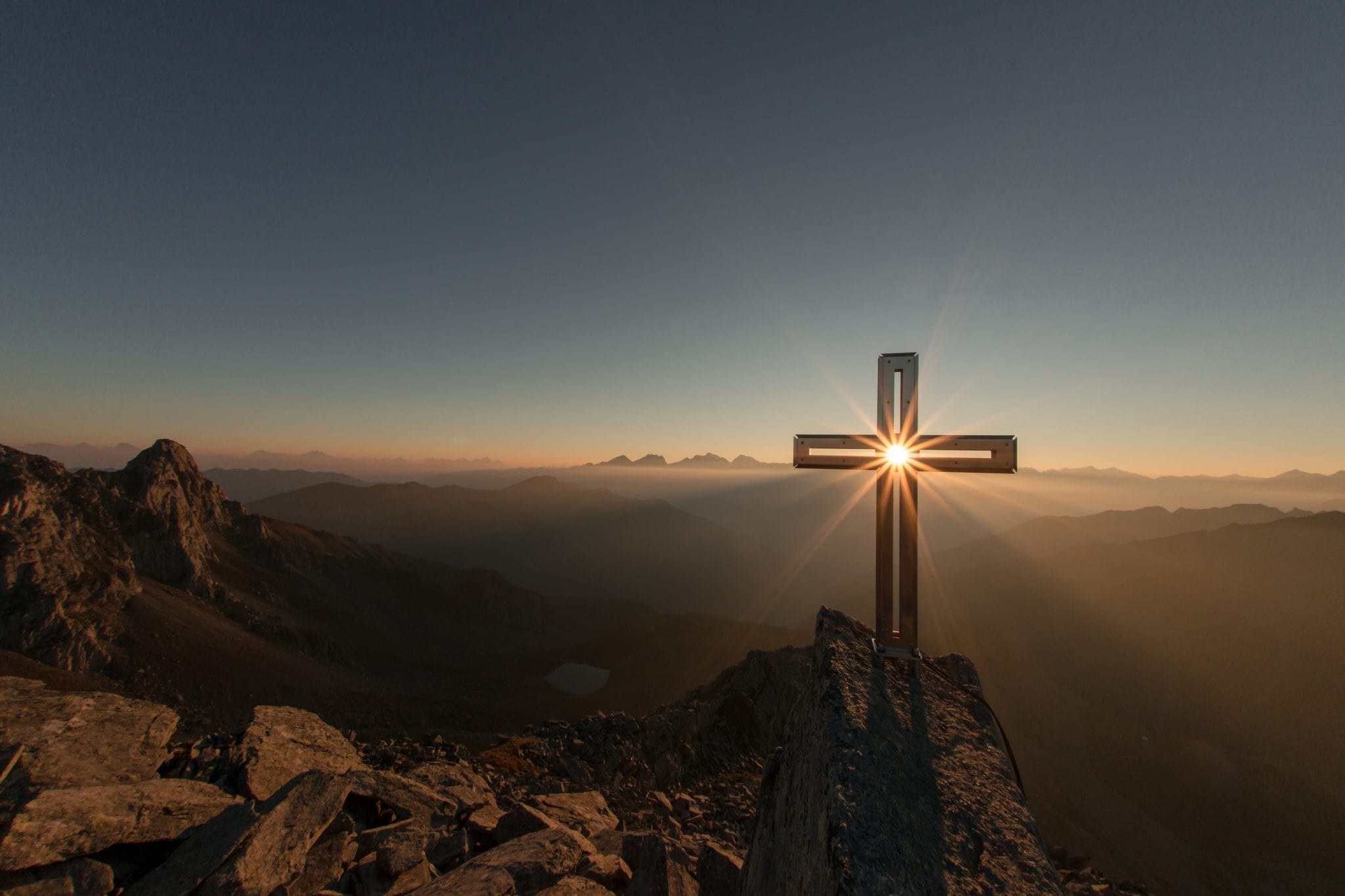 Just to be clear, the climate change is real but not in the sense they preach.

Global Risk Report NOTHING BUT LIES AND PROPAGANDA…
When is anybody goes to mention the fact that this group of WACKED OUT Stereotypical Villains is only secondary to the actual leadership of the Techno-Feudal Nazi Cult.

When is anybody going to present the world with the actual facts of the Basel Bank of International Settlements and Central Banks OWNED by eight (8) families mostly located in Europe and the U.S.. being the SHADOW GOVT. behind the Western Govts., WEF, UN, WHO ACTUALLY PULLING THE STRINGS?

About time people UNDERSTAND the old descendants of Nazi Germany and the Western Nazi Sympathizers FINANCING WW2 and every ‘War For Profit’ since including those in China and Russia ARE THOSE BEHIND THE CURRENT DYSTOPIAN PLAN…?

And, the fact that EVERY SINGLE FAMILY IS CONNECTED TO THE CURRENT REMAINING MONARCHY IN EUROPE…The oldest ENEMIES OF THE UNITED STATES AND WESTERN REPUBLICS since the American Revolution and signing of ‘The Constitution of the United States’.

JUST 2 DAYS REMAIN TO SAVE THE EXPOSE - SO LET'S CUT THE BULLSH*T & GET TO THE POINT -WE WILL BE FORCED TO DOWN TOOLS & SHUT DOWN UNLESS WE ARE FULLY FUNDED WITHIN THE NEXT WEEK - Sadly, less than 0.1% of readers currently support us. But YOU can easily change that. Imagine the impact we'd make if 9 in 10 readers supported us today. To start with we’d remove this annoying banner as we could fight for a full year...

JUST 1 DAY REMAINS
TO SAVE THE EXPOSE

Without full funding within the next day or two, we will be
forced to down tools and cease all of its future investigations.

We’re out of ideas and can see no point in carrying on if we cannot even garner enough support from the millions who read The Expose in hundreds of countries across every habitable continent on Earth every single month.